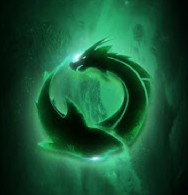 Xiaomi-backed Black Shark smartphone has just surfaced, following the company has confirmed that the device will be announced on April 13. Phone seemssto look likes a handheld gaming console than a phone.

As you can see, this smartphone combines Black and Green-Yellow color combinations, and it comes with two analog sticks, regular navigation keys, and some additional buttons which resemble those on Dual Shock joystick, even the symbols seem to be the same. There are some additional buttons on the top of this device, including volume control keys, and buttons similar to L1 and R1 keys on the official joystick for the PlayStation 4.This gadget seems to have quite a few physical keys on it, while a 3.5mm headphone jack is also included here, next to which you will notice a charging port, while speakers are included on the bottom of the device. The back side of the Black Shark gaming smartphone is not shown here, so we don’t really know what to expect in that regard, but Xiaomi’s logo is nowhere to be found on the front side of the device, nor on its top and bottom sides.

Black Shark did confirm a while back that this phone is coming, and that it will come with the Snapdragon 845 64-bit octa-core processor. This company is backed by Xiaomi, it will ship with 8GB of RAM and 32GB of native storage. The phone will also come with a fullHD+ (2160 x 1080) display, while Android 8.0 Oreo will come pre-installed on the device. At this point, we can only wait for April 13 to see all the details when it comes to this handset, even though we already know some of its specs, and what the device will look like.